Beyond the Bio: Mark Brodie

Beyond the Bio: Mark Brodie 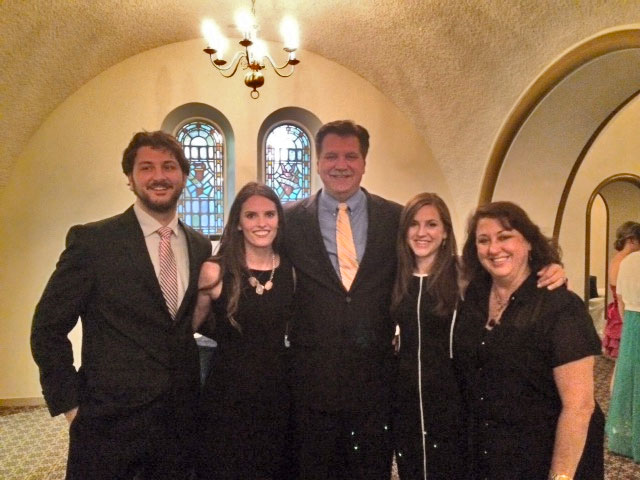 Mark Brodie has served as sales manager, sales director, global sales manager and branch manager in operational positions throughout his career. Ultimately, that experience gave him the ability to develop his own business in a very tough market.

“As a young man out of school, I got my first taste of international transportation at a Midwest steamship line company called World Shipping. I learned from the ground floor, from being on the docks and working with stevedore companies negotiating labor hours and paying crews. I took care of ship needs in port – for both owner and cargo interests.

In 1993 I moved into the freight forwarding industry with a global freight forwarder LEP International (now known as Agility). I was hired to come in and run their Detroit operation. I sold services globally – mostly concentrating on the Midwest customer base, which varied from major automotive and manufacturing companies to prominent retailers.

After that it was UTI International. I ran Detroit operations and became an expert in warehouse, distribution, ocean freight, air freight, trucking and customs clearance.

It has been a great industry. There’s not much I haven’t done.”

In 2006 he founded Global Transportation Management LLC and went to work securing licenses and growing his client base. Turns out, he was a natural.

“I like to help customers improve their supply chain. That means understanding their business, looking at their requirements on a door to door basis, combining volumes – putting the puzzle together and coming back with cost savings and improved service.”

As the company grew, Mark realized he would need a strong financial partner. One of his customers – Feblo International – specializes in custom systems-driven contract packaging, warehousing and distribution solutions. That company’s president – Robert Gruschow – is also the president of the Deshler Group.

“Robert realized that international services were an area in which the Deshler group was lacking. He bought 50% of GTM to round out his group of ‘seven companies – one solution.’ He could see that GTM and Feblo were a perfect match; and he was exactly right.”

Robert Gruschow had the knowledge and resources necessary to enhance the service footprint of Global Transportation Management.

“By bringing the two great companies together, we’ve been able to successfully compete – on a global level – with the top freight forwarding companies in the world. Since the merger we’ve grown from just under 2 million to almost 14 million this year; for 2014/15 we’re hoping to hit 24 million in growth.

We’re part of a global consortium called Global Logistics Network, which allows us to work with independent freight forwarders to offer the most effective door to door transportation services available.”

GLN has a global presence powered by a staff of nearly 25,000 employees located in 634 offices in 328 cities in 127 countries. With revenues approaching $10 billion, GLN handles over 2 million international shipments per year and gives GTM the capability to handle even the most demanding shipping needs worldwide.

“I started out wanting a small freight forwarding company; now if you look at our associations with these networks, we’re offering services in over 127 countries. Last year we moved over 900,000 TEUs of ocean freight and millions of tons of air freight with an annual bill-out of over 9.5 billion dollars.”

It’s hard to believe he has time for anything but business; turns out, he makes time.

Mark grew up in Milford, Michigan and attended Wayne State University. His wife Theresa is retired from the State of Michigan; they’ve been married for 32 years.

The couple has two children; their son Scott graduated from MSU with a degree in computer science. A successful game designer and programmer, he has his own game design company – www.heartshapedgames.com.

Their daughter Lauren – a Divison 1 soccer player – has a Bachelor of Nursing degree from Oakland University and is one year away from a Nurse Practitioner Master’s from the University of Michigan.

In his rare spare time, Mark enjoys his family, golf and travel. In fact, he and Theresa just returned from a Caribbean cruise. It was a surprise to learn – after all his years in international transportation – they’ve never been on one.

“I left the cell phone and computer behind and didn’t talk to anyone for eight days.”